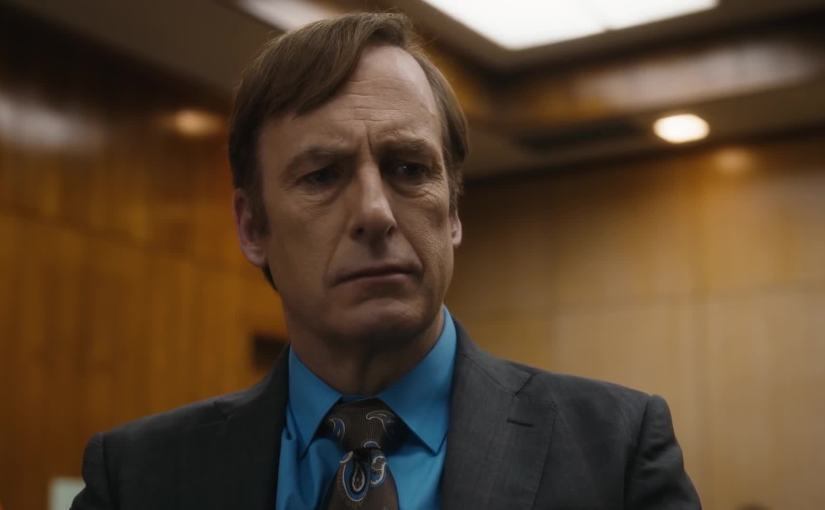 Almost everyone I’ve met has a fear of rejection. But we all possess the power to fight this fear by learning from those who have managed to master their fears. I recently watched the series Better Call Saul and learnt a lot about facing rejection. The show has become one of my all time favorites because it is very relatable and lesson-packed. It is a show about James McGill, who rose from being a conman, to working in the mailing room of a law firm, and finally becoming a lawyer. It is a prequel to Breaking Bad, the arguably best series of all time. Better call Saul expands on the story of Saul Goodman from Breaking Bad. Saul in Breaking Bad was evidently the backbone of every legal or cunning maneuver of most of the crooked characters in the series. But his rise to fame was not a walk in the park.

One very clear theme in Better Call Saul is the rejection that Saul Goodman faced, mainly from his biological brother, and from many of the other characters he encountered. He, however, refused to allow it to cripple him. Several of his traits got him through his adversities. I will assimilate Saul’s good character traits to provide lessons on how to safeguard yourself against rejection. If you have watched the show, this will be a great opportunity for us to have a conversation about his character. If you haven’t watched it, you might be convinced to give it a try.

So, here goes how to fight rejection like Saul Goodman.

Sometimes, the confidence with which we carry ourselves or our message can cushion against the rejection or negativity we might face. Saul was a confident person by all standards. He might not have been the best lawyer, but he definitely did show off his ability to win people over with his charm. Whenever he got the chance to express himself, he did it with a full serving of showmanship. This helped him on many occasions when the atmosphere in the room was initially one of disapproval or belittlement. Don’t walk up to a girl to ask her out with your zero confidence and expect her to say yes. Don’t give that elevator pitch of your brilliant idea, showing little confidence, and expect your idea to be well received. This takes us to the next point – practice.

Saul spent a lot of time practising his next moves. He did this every time he had to meet with a client to broker a deal, or even to go into the courtroom. Even his “pick up” and ice breaker lines were scripted and rehearsed. He also tailored his ice breakers towards the interests of the client. To him, first appearances were essential to being well received, so he treated them like performances. It did work for him on many occasions. Even if it didn’t work, he didn’t give up and tried again until the other party was receptive. Do you usually wing your presentations? How are they often received? Try practising your next one a few times and notice how much more receptive people will be of your work.

Saul is the epitome of perseverance. On one occasion in the show, he discovered a possible fraudulent activity at Sandpiper Crossing, an age old home. Apparently, the aged residents of this home were being overcharged for some services. Due to the manner in which it was being carried out, it could only have been caught by an inquisitive person with an attention to detail. Saul caught it. However, when he discussed it with his brother Chuck, he brushed it off. He was rejected. But when Chuck later realised how invested Saul (then Jimmy) was in the issue, he joined him to dig. It eventually landed Chuck’s practice firm a huge class action for the residents of Sandpiper Crossing. Saul’s resilience won Chuck over! Don’t give up after a first time rejection.

Saul was a very friendly man. Indeed, that was what led him to discover the Sandpiper Crossing fraud. However, the residents were initially adamant to go to court. So, in order to get them on board, Saul applied the classic principles from Dale Carnegie’s “How to win friends and influence people”. He found the leader of the residents, showered her with gifts, and most importantly, learnt the most endearing way to her heart – her name. He made a friend in her and used her to influence the other residents to get on board. Being friendly can sometimes reduce the amount of rejection we could face.

Sometimes, our original personality does not allow us to face the rejection that life throws at us. That is when an alter ego comes in handy. Saul Goodman was originally James McGill. However, that name put him in the shadow of his brother, who was an excellent lawyer and could not be surpassed. A twist of fate would have Saul (then James) face some trials, causing him to temporarily lose his law license. During the period, he could not practice law but took on other jobs to survive. He learnt to produce TV commercials under the name Saul Goodman, a play on the words, “It’s all good, man!”. Now, under that name, he had to be convincing and a great actor. He enjoyed that name and alter ego so much that when he got his license back, he decided to fully transition to Saul Goodman by legally changing his name. Even though he was Jimmy to his loved ones, when practising law, he was Saul Goodman. Alter egos have been used by real life people like Beyonce to fight stage fright. Discover and utilize your rejection soldier, your alter ego, to fight rejection. What will you call your alter ego?

6. Find or notice your support system

If there is one thing that cannot be missed about Saul’s story, it’s the love and support he got from his girlfriend and later wife, Kim. Kim is all that a man looks for in his wife. Kim was there with him even when he worked in the mailing room of their law firm, and she supported him through thick and thin. Saul made many selfish decisions but Kim never let him be. She even went to the extent of standing up to a bully drug lord much to the surprise of Saul all in the name of support. Love led the way. Everyone could do with some love and support in the face of rejection when everyone and everything seems to be against you. Find this support system.

Rejection discourages us from achieving our full potential. However, when we’re able to safeguard or fight against it, we soon realize the good things that await us on the other side of it. Sometimes, we just need a little pull to catapult us over the walls of rejection that form around us. The lessons we learn from Saul Goodman’s character in Better Call Saul might help us to fight rejection moving forward.

What do you think about Saul? Are there lessons here that are new to you? Are some of his traits relatable? Is there anything I missed? Let’s discuss them below in the comment section.

I am a student of life who's on a journey to learn, relearn, and unlearn most of life's lessons. If you're like me and would like to join me on this journey, please be sure to follow my blog, and don't be shy to engage with me through your comments and likes. View all posts by James Azam

14 thoughts on “How to safeguard against rejection: six life lessons from AMC’s Better call Saul”